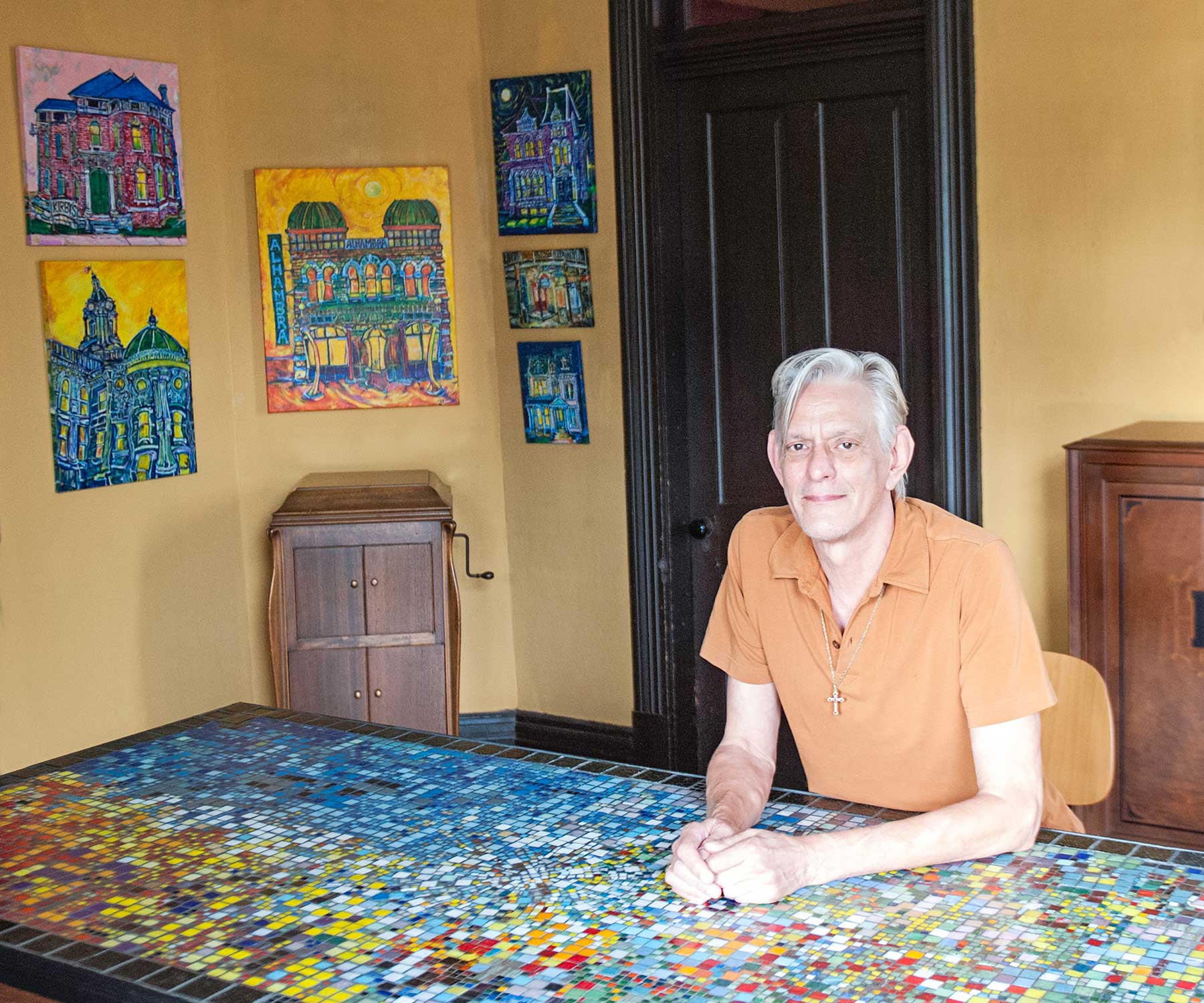 Billy is a Chicago native and former New Orleanian. He became a Haynie’s Corner pioneer in 2005 and has received numerous awards for both his art and civic contributions. Billy’s home, gallery and studio are located in a fully restored Queen Anne Cottage that dates to 1890. It was the Art District’s first live/work/sell experiment, but is now one of several. This is a different shopping experience, as visitors see the art in a home setting. The galleries are two Victorian parlors. The second story is a huge loft that serves as Billy’s studio. The adjacent Peace Garden is always open to visitors who want to explore the flower beds, sculptures, fossil-hunt, and study the outdoor bread oven and urban wildlife habitat.

Billy works in several media, but his paintings are what propelled him to popularity, particularly his unique ‘Billy-style’ portraits of Evansville landmarks and its urban and natural landscapes. His pictures are in several public spaces, including the Tropicana Hotel lobby and the Bokeh Lounge.